This isn’t a new problem. It’s an old one.

But it’s one I need to change.

There are times when I’m playing that I won’t take a ‘kill shot’ just because I want to keep playing longer rather than winning the point.

I’m FINALLY starting to see that my non-competitiveness is hurting my game–in the short run and, more importantly, in the long run.

So I started Googling ‘how to become more competitive in sports’ and most articles addressed being too competitive and, therefore, being a jerk.

While I might be a jerk, it’s not from being too competitive. 🙂

I changed my query to ‘how to become more competitive’ hoping that removing the ‘sports’ component would help me find an answer. 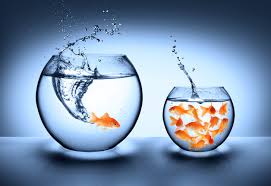 Finally I found a reply to that question that really resonated with me.

There seem to be two types of naturally ambitious people: some who just seem to pop out of the box naturally competitive (probably this is also fostered by their families) and then there are those who have a kind of emptiness inside that spurs them on – some void that they strive to continually fill by achievement.  If you are not already one of these two types, then your chances are slim indeed.

There is only one other way I know of, or have ever seen (and I’m no youngster and have had a wide life) that has transformed someone previously moderate into someone filled with ambition. And that is the discovery of an all-consuming interest, or a passion, which sets them on fire. IF (and that’s a very big “if”) you can discover something – and it can be anything – an interest – a product – a place – a ???? that overwhelms you with curiosity, love, gratitude, devotion, commitment and every other positive adjective you can think of – so much so that you cannot bear to be without it, and your every thought is consumed by your schemes for it, well……then you have the basis for becoming ambitious and competitive, as you attempt to figure out what to do about your obsession.

But that is the only way I have ever seen.

I definitely wasn’t born competitive. Maybe that has something to do with being a twin…

And my sisters and I weren’t raised to be competitive. So the only other way “is the discovery of an all-consuming interest, or a passion” which sets me on fire.

It has overwhelmed me! And I can’t imagine living without it!

Realizing and embracing that will help me become more ambitious and competitive.

And as I become more competitive, I will use the following ways to establish a competitive advantage against my opponents.

One thought on “Gaining a Competitive Edge”